The angel came and said to me: “Come here. I will show you the bride, the wife of the Lamb”.
(Revelation 21,9)

It was inaugurated on the 8th of January 2006, in Rho (Milan), following the supernatural events that took place from the 10th of July in the church Mary Help of Christians, located in Mazzo – Rho.
That day the Holy Virgin showed herself to Mr. Giulio Ancona, an herbalist-naturopath of Saronno, ex Jehovah's Witness, at his age of fifty-three years old. In this occasion the Virgin Mary communicated to him two messages to be transmitted to the local Church: one addressed to families and the other to priests.
At the beginning the Holy Virgin showed herself in the same guise of Fatima with the title of “Bride of the Family”, but later She came in the guise of bride.
After these first two messages many more followed, addressed to different recipients: associations, parishes, representatives of Hebrew and Muslim communities, ministers of local churches, authorities of the universal Church, common people, prostitutes, young people, families, people with homosexual orientation, etc. They are messages with universal value, containing exhortations, warnings and spiritual proposals in order to face the serious ethical and spiritual problems of nowadays.
The Curia of Milan, which we informed about the facts from the very beginning, follows carefully the development of the whole affair, doing the essential work of surveillance and spiritual discernment. In May 2017, after twelve years of our path, the archbishop of Milan established a diocesan commission, which is appointed to examine the whole experience in order to arrive to a judgement about the supernaturalism, or not, of these events.
Waiting for this judgement, the Association Sposa di Sion carries on its path at the service of Mary “Bride of the Family”, promoting the spiritual growth of people and groups that desire to consecrate themselves to the service of God’s Kingdom according to the spiritual values of the Catholic Church. In order to do this, the association’s main targets are:

In order to pursue these goals, the Association promotes different initiatives: a weekly meeting of prayer, a monthly meeting dedicated to the study of the Word of God, a monthly prayer in the middle of the night in support of sick, lonely and imprisoned people, a celebration in honour of S. Michael archangel each 8th day of the month for those who suffer evil ills and each 2nd day of the month as:

Day of evangelization and prayer for the unity and renewal of the Church in the spirit of Vatican Council II, in support of the ministry of the Pope, for peace in Middle East and for the promotion of the inter-religious dialogue.

This day starts at 9 pm of the 1st day of the month, with a vigil of Eucharistic adoration that continues all night long. Then, from the morning, people and families in difficulty are welcomed, some of us go to the streets to give prostitutes the message Mary has given for them, in the church we pray the Rosary for peace and at 4 pm we pray for sick people, in body and spirit, during the night there is the holy Mass for families. Many people witness spiritual graces and any kind of healing, above all for life in families.
Till today, end of November 2018, Mary's apparitions to Giulio Ancona are more than sixty with as many particular revelations, considering only the ones of immediate ecclesiastical relevance.
A similar supernatural path, which Giulio lives in the maximum simplicity and reservedness, away from the press and curious' clamors, enriched him with a deep experience that can be defined as “mystical- prophetic”, directed to the Church spiritual renewal and service for the sufferings.
For the members of the Association who desire it, after a time of preparation of at least one year, dedicated to the practical application of the Rule of life, it is possible to express their choice of consecration to Mary through the pronounce of the 7 vows, renewable annually till a possible definitive pronounce.
The seven vows of consecration: 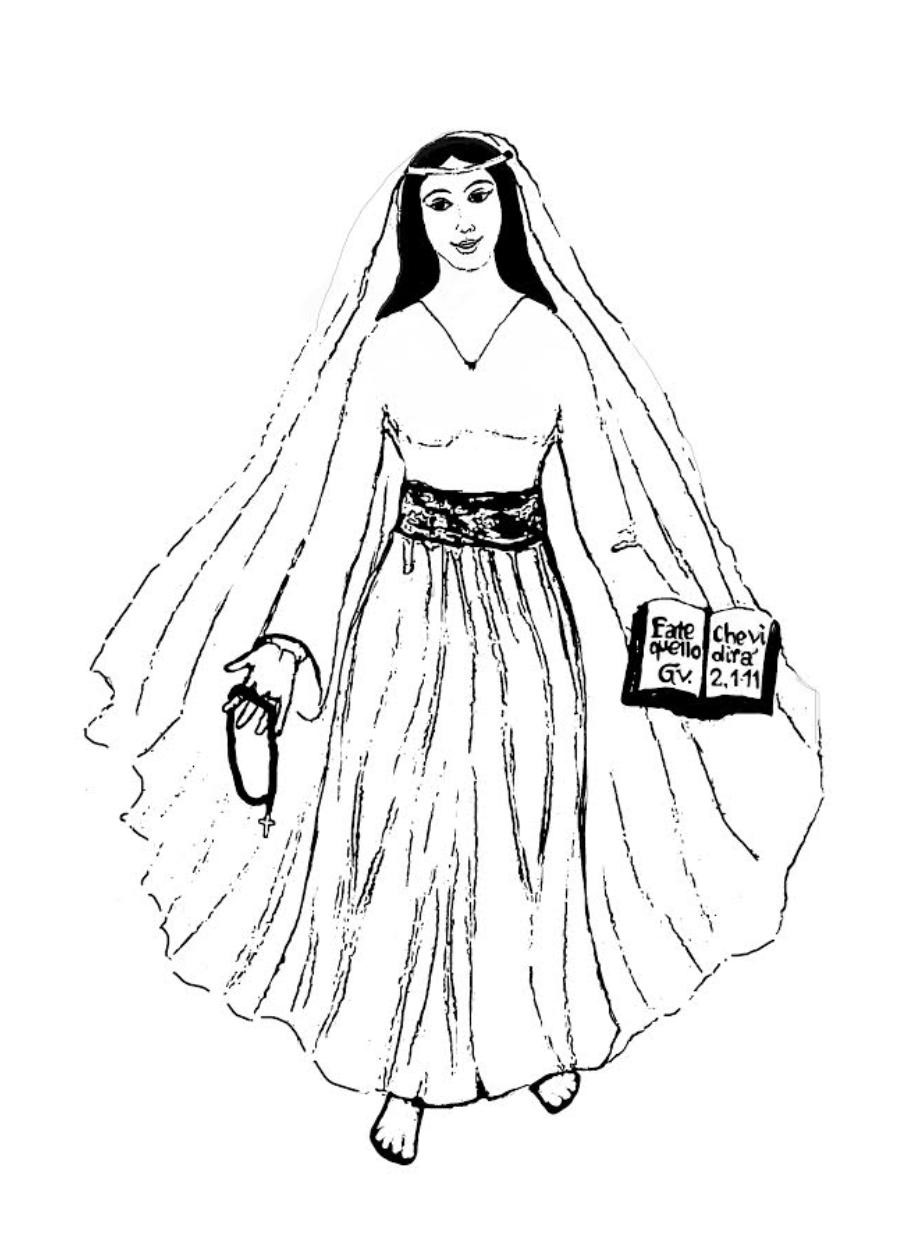